Home Article Check out the Top Eight Celebrity Breakups of 2017

Check out the Top Eight Celebrity Breakups of 2017 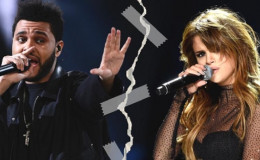 2017 is about to end and a new year awaits us. With the beginning of new year, our dearest celebrities have rekindled new romances in their life. But looking back, we see some sad split of our favorite celebrities.

The year 2017 is about to end and a new year awaits us. With the beginning of new year, our dearest celebrities have rekindled new romances in their life. But looking back, we see some bitter split of our favorite stars.

When Anna Faris and Chris Patt called quits, the internet went crazy, and the controversial split of Selena Gomez and Weeknd with Justin Bieber jumping in the picture created a buzz in the media.

Now, we're hoping that there's no more such bad blood in the relationships of the celebrity couples that we super idolize. But before that, let's check out the shocking celebrity breakups of 2017 right here on MarriedWiki.

The Avengers actress Scarlett Johansson started dating the French Journalist Romain Dauriac since 2012, and they got married after two years in September 2014. And a month before they even welcomed their first child, daughter Rose. 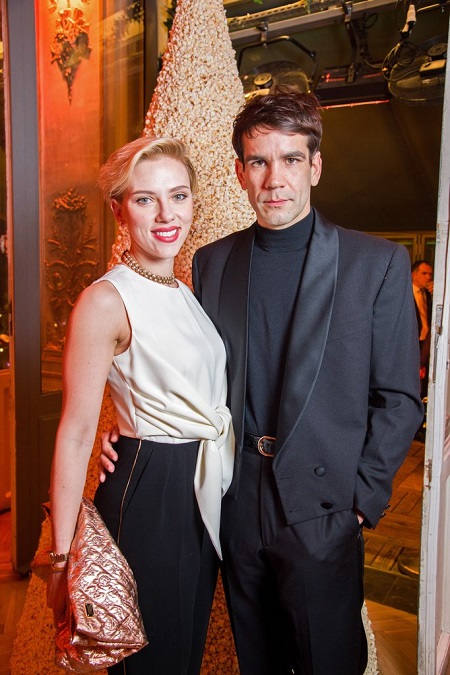 The pair, however, called it quits this January shocking everyone with the sad news. An inside source revealed that the duo was living separately since the last December, but it was officially announced in January. Johansson was previously married to actor Ryan Reynolds for two years between 2008 and 2010.

7. Mel B and Stephen Belafonte

Mel B and Stephen started dating way back in 2007 and got married the same year secretly in Las Vegas in June. 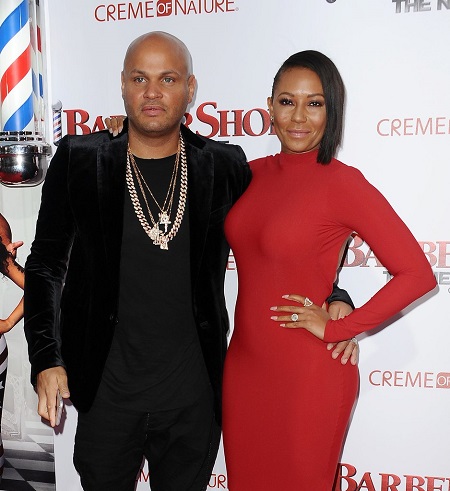 Mel B and Stephen Belafonte attending an event together | Source: Pinterest

The pair was happily married for ten long years until this March when Brown shockingly filed for divorce from Stephen Belafonte claiming emotional and physical abuse for so long.

Mel B made allegations about her husband having an affair with their nanny, Lorraine Gilles, 26, who aborted a baby belonging to her husband. 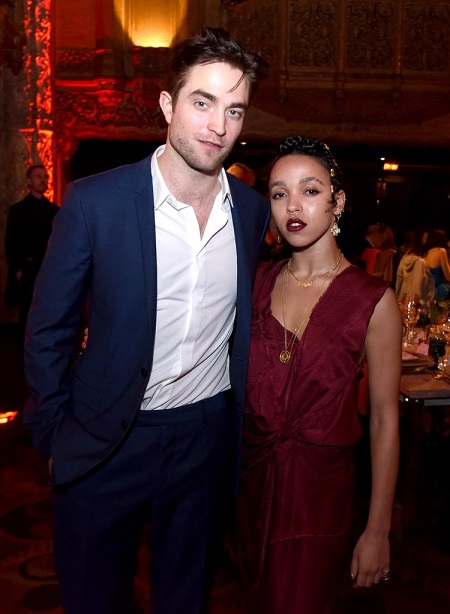 The duo even got engaged secretly, but in October this year, sources confirmed that the pair called off their engagement and also broke up after three long years of relationship. This was a big blow on the faces of Rob and FKA fans.

Amber dragged quite an attention when she was spotted going out with Canadian billionaire Elon Musk after divorcing ex-husband Jhonny Depp. The duo was linked last July, but they called it quits this July due to some personal differences.

And despite the split, the pair is still good friends, and they respect and love each other as always.

Oscar-winning actor Leonardo Dicaprio made the sexy 25-year-old Danish, Nina Agdal model go head over heels for him. The pair was first spotted back in May 2016, and after that, they were pretty public about their relationship. 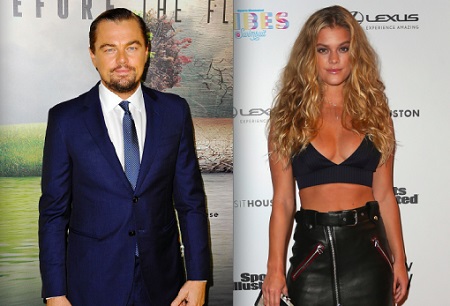 After dating for a year or so, the hot couple, however, called it quits under mutual understanding this year in May. This created a buzz in the media as sources claimed they split due to serious conflicts which are yet to be disclosed.

One of the ideal couples of the Tinseltown, Fergie, and Josh broke our hearts when they announced that they separated after eight years of blissful married life. 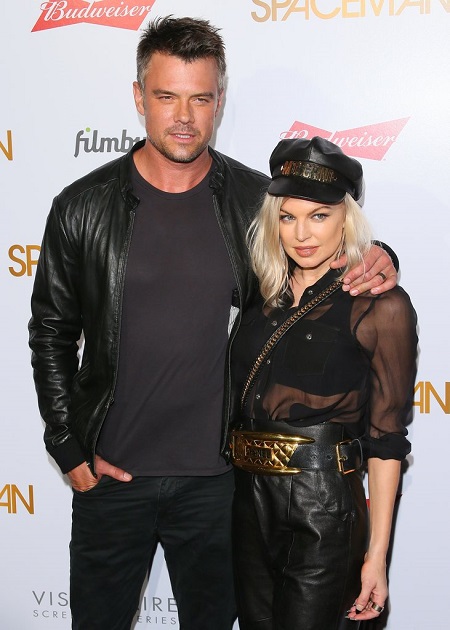 Josh with Fergie attending an event together back in 2016 | Source:  GettyImages

The proud parents of son Axl, Fergie, and Josh, tied knots back in 2009 and everyone thought they were the perfect pair until this year when they officially announced their separation. Despite parting ways, they stated that they're always together as friends and do whatever it takes to raise their son together.

2. Selena Gomez and The Weeknd

Although most of us loved the "Jelena" duo, Selena and Weeknd too had a fair share of fans. After ten months of dating, the pair called it quits which took everyone by surprise.

And with Justin's comeback in Selena's life and the duo getting closer every day, many fans speculated that this was the sole reason behind their break up, but it wasn't. 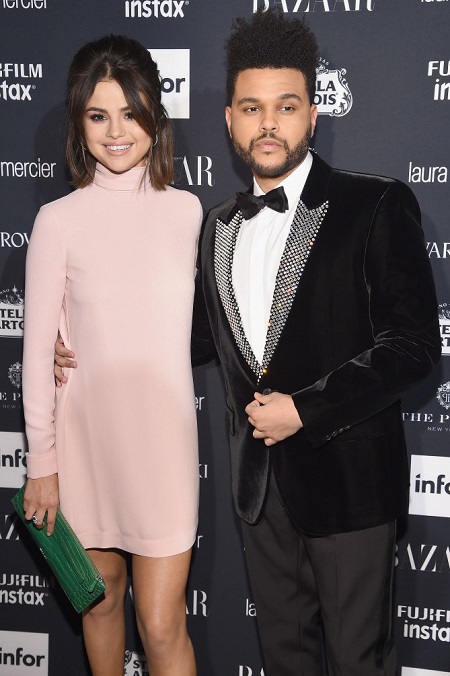 Sources revealed that they broke up mutually and Weeknd was not upset with Selena and Justin hanging out. Not only this, some sources even stated that they were in a fake relationship, just for publicity.

August 6, 2017, the day when Chris Patt tweeted that he and his loving wife, Anna Faris were legally separating, broke hearts of all of their fans, making us hard to believe that it was happening. 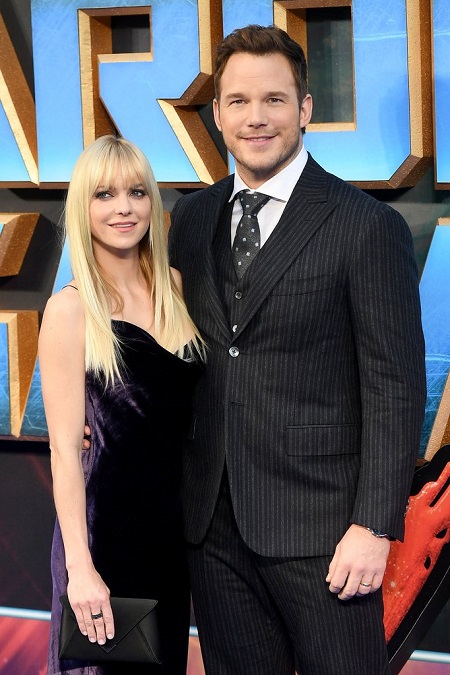 The 'it' couple of Hollywood who was together and happily married for eight long years, announced their separation, making it the biggest celebrity break up of the entire year. They share an adorable son, Jack together, born in August 2012 and although they haven't started the legal processing of divorce, the couple hasn't dropped any hints of reconciliation.

For more interesting countdowns and news, keep following our page.