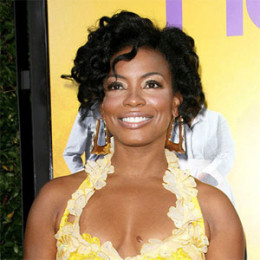 Aunjanue Ellis is a well-known American film, stage, and TV actress. Ellis is popularly known for her roles in Abducted: The Carline White Story, The Help, and Ray among others. She appeared in many other TV series and movies like The Mentalist, High Incident, Quantico and The Book of Negroes among others. Her performance helped her to win several awards like Satellite Awards, Screen Actor Guild Awards and National Board of Review Awards. Ellis performed in several theater acts and plays before pursuing her big screen career. She worked in Broadway revival of William Shakespeare’s The Tempest.

Aunjanue Ellis was born Aunjanue L. Ellis on 21st February 1969 in San Francisco, California under the birth sign Pisces. Ellis is American by nationality and as far as her ethnicity is concerned, she is African-American. Her parents raised her with her sibling, Sasha Ellis in her grandmother’s farm in McComb, Mississippi.

Aunjanue Ellis at the initial phase of her career acted in a Broadway revival of William Shakespeare’s The Tempest opposite to Patrick Stewart.

Ellis made her movie debut in 1996 from Jim McKay’s directed movie, Girls Town. She then worked in several movies, Side Streets, In Too Deep, A Map of the World, The Opponent, Freedomland, Notorious and Motherhood among others.

She, however, is popular for her roles in the movies like

As of 2018, Ellie will be seen in the movie, If Beale Street Could Talk.

Below, in teh video, Aunjanue Ellis talks about her series, Abducted: The Carlina White Story:

Ellis then appeared in numbers of TV series, Disappearing Acts, MDs, Law & Order: Criminal Intent, The Border, True Blood, Blue Bloods, Sleepy Hollow, and Quantico among others. But she is popular for her roles in the TV series like

Aunjanue Ellis has been nominated by various awards and won some of them. Some of her won awards include

Some of her nominated awards are NAACP Image Awards, MTV Movie Awards, San Diego Film Critics Society Awards and Satellite Awards among others.

According to some online sources, Aunjanue Ellis has an estimated net worth of million dollars. Ellis did several hit movies that made a good collection at the box office.

As per some gossip mongers, Ellis has married her longtime boyfriend whereas some other claimed that she is dating her secret boyfriend for years. She, however, has not revealed anything regarding her relationship.