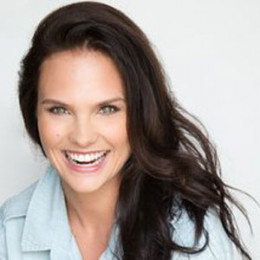 Cassandra Jean is American actress and a model. Jean is the winner of several beauty pageants from Houston, Texas. She rose to fame after appearing on the reality show, America’s Top Model, Cycle 5. She also appeared in numbers of TV series and movies. Jean is a married woman and has a daughter. The couple currently resides in Toronto, Canada.

Cassandra Jean was born Cassandra Jean Whitehead on 5th October 1985 in Houston, Texas under the birth sign Libra. Jean is American as per nationality and as far as her ethnicity is concerned, she is White.

In 2007, Jean competed in the Miss California USA but was disqualified due to her appearance on America's Next Top Model.

The following year, Jean judged for the Miss Newport Beach pageant. She was a student at Texas A&M University while participating in America's Next Top Model.

At the age of 19, Jean competed on the UPN reality show, America’s Next Top Model, Cycle 5. She was the first girl chosen for the top 13 to compete in the show but she walked out of the show during the fourth episode.

During the makeover episode, Jean became very emotional after her long dark-brown hair was cut extremely short and dyed blond. Tyra Banks (host) was still not satisfied with the look and wanted to make it even shorter. However, Jean refused and decided to leave the competition.

While competing in the show, Jean received one first call-out and one-third call-out. She was also the second contestant in the history of the show after Magdalena Rivas from America’s Next Top Model, Cycle 3 to never appeared on the bottom 2.

Jean made her Hollywood debut in 2009 from the film, 2 Dudes and a Dream by Nathan Bexton. She later appeared in a small role in several movies and TV series like Fast & Furious, One Tree Hill, Hannah Montana, CSI: Miami, Las Vegas, and Mad Man (as a speaking role) among others.

Apart from this, Jean appeared in other reality shows including MTV’s Twenty-Four Seven and TV Guide Network’s America’s Next Producer. She also appeared as a host in various shows like- Miss Corpus Christie, America’s Next Top Model Divas Dish with Red Carpet Makeover and Lucky Strike’s Bowl for a Cause among others.

Cassandra Jean is a married woman. Jean married her boyfriend, Stephen Amell on 25th December 2012, in a private ceremony while they were on a vacation in the Caribbean. The couple married for a second time on 26th May 2013, in New Orleans.

The pair started dating in 2009. After three years of dating, the couple finally tied the knot. In 2013, they welcomed their daughter, Mavi Alexandra Jean Amell.

Her husband, Amell is a popular Canadian actor, known for The CW superhero series, Arrow. Jean attended many of the festival and events with her husband. The pair shares a good chemistry and there is no sign of divorce.

Her husband was previously married to Carolyn Lawrence on December 8, 2007, in Toronto. The pair divorced in 2010.

Jean currently resides in Toronto with her husband and daughter. The couple seems happy as per their pictures on social networking sites.

The couple owns Hollywood Hills house worth $3.62 million. They bought the house in 2015.

On 25th December 2012, Cassandra Jeans married her boyfriend, Stephen Amell (Canadian actor). The couple married for the second time in 2013 in New Orleans. The couple shared a daughter together.

Mavi Alexandra Jean Amell is the only child of Cassandra Jeans and Stephen Allen in 2013.