Home Article A celebrity wedding is always a big event; here is the list of Top 12 couples who had the most expensive weddings ever

A celebrity wedding is always a big event; here is the list of Top 12 couples who had the most expensive weddings ever 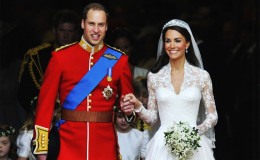 A Wedding is the bonding of two souls for a lifetime. For us, marriage is a very big part of our lives. Our whole life we search for the one who we think is the perfect for us.

Earning money and building a good career is a basic necessity for our livelihood, but a marriage is the most important part of our lives.

When we start to love someone we decide to spend our whole life and being married is like putting the last nail in the coffin.

Some celebrities decided to go for a content marriage while other go all out and lavish a lot of money in their marriage. Below is the list of weddings that are the most expensive of all time.

Khloe Kardashian and Lamar Odom got married in 2009, after a mere three months of knowing each other. Lamar gave her a wedding ring that was at that time one of the most expensive wedding rings ever. 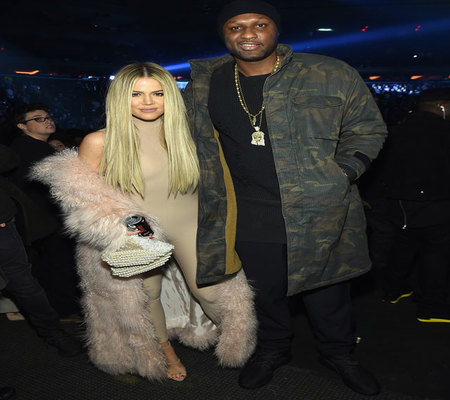 Also See: “A ring is a halo on your finger”, here is the list of top 15 most expensive wedding rings wore by the Hollywood actresses

Now when they were not satisfied by the expensive ring, they decided to go all out on their wedding as well as they lashed out 1 million dollars in their wedding.

The wedding gown was also a custom made by Vera Wang.

However, they had one of the most controversial divorces as their divorce was finalized in 2016.

Pierce Brosnan is known for his piercing eyes looks and his deep voice. The Irish actor married his second wife, Keely Shaye Smith in 2001 at a 13th-century Irish castle called Ballinger Abbey. 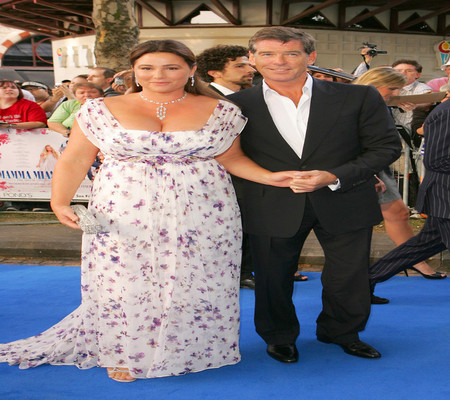 After the sad demise of his first wife, Pierce then decided to never marry again but after meeting Keely it seems he wanted to move on.

The couple's marriage was like a big fat wedding except for the guests that were called as there were only 120 guests.

Their wedding cake was also a one that caught much attention as it was the same cake that our late president John F. Kennedy and former first lady Jackie Kennedy cut.

Their wedding cost them around 1.5 million dollars which were a very big amount for us commoners but not for big celebrities like them.

They are now married for more than 15 years and have two children named Dylan Thomas and Paris Beckett.

All of us know how cute was the pair of Tom Cruise and Katie Holmes, but unfortunately, they are divorced. Though they are no longer together they still had one of the most expensive weddings ever. 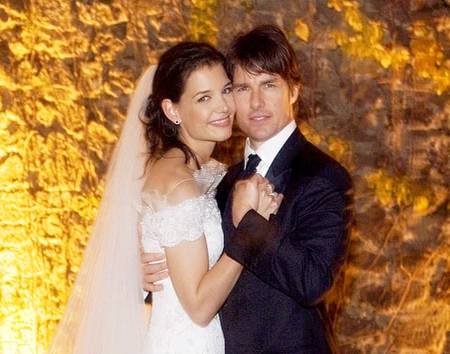 When Katie was a small girl she used to think that she want to marry Tom Cruise. When he publicly proposed her on Oprah Winfrey's show, she was literally in shock.

The pair tied the knot on November 18, 2006, in Italy's 15th-century Odescalchi Castle, also known as, Bracciano.

The marriage was a very extravagant affair as many of top Hollywood celebrities attended the ceremony. 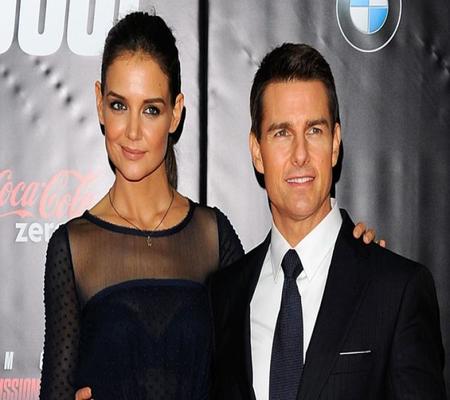 This big affair costs the couple 2 million dollars. The money also included two wedding gowns made by Giorgio Armani which had Swarovski crystal that reportedly took 350 plus hours to place.

Paul McCartney and Heather Mills got married in 2002 in a very private ceremony. Sir Paul is the member of the legendary band The Beatles.

Though he has been married before but it seems he was really expecting many things from this marriage. 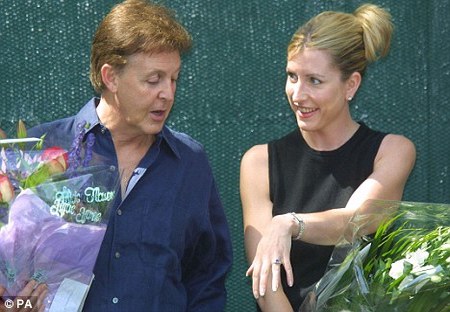 According to our sources, the wedding guests were called to Heathrow Airport and then taken to an unknown location.

The couple got married in Republic of Ireland and the couple ordered for a total media blackout for their ceremony.

They even turned down an offer of 1.5 million pounds from Hello! magazine for clicking exclusive photos of their wedding.

Their wedding cake was also one of the most expensive wedding cakes ever as it cost around 40 thousand dollars.

Liza Minnelli and David Gest was married in one of the most expensive weddings of all time. If your wedding guest had the king of pop Michael Jackson as your best man then surely your wedding is quite the big one. 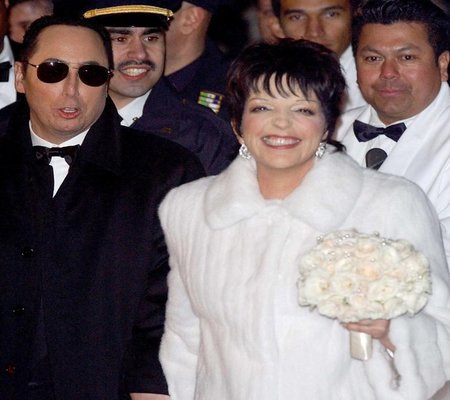 The number of guests that they have in their wedding was a very big number as they gave an invitation to a whopping 850 guests. The guest list included Diana Ross, Donny Osmond, and Mia Farrow.

The matron of honor was none other than Elizabeth Taylor. The couple got married in an extravagant way, and it cost them 3.5 million dollars.

Although the couple is now separated as they got divorced in 2007. David Gest is also no longer with us as he tragically passed away in 2016.

Now if you are the only daughter of former president of the United States, then you are bound to have a marriage that will be renowned in all over the world.

Chelsea Clinton is the only daughter of Bill Clinton and Hillary Clinton and her marriage with Marc Mezvinsky was a big extravagant affair. 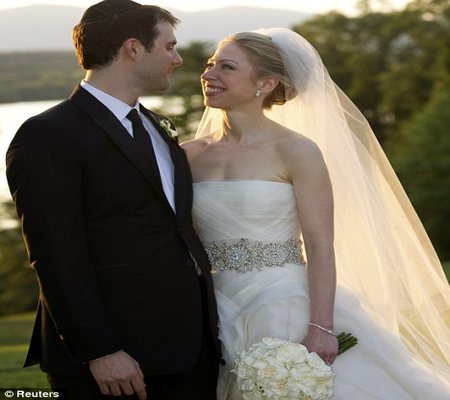 The couple got married in 2010 in a small town of New York called Rhinebeck. Their wedding has reportedly 400 guests. The whole town was involved in their wedding.

Marc is the son of ex-congressman Edward Mezvinsky and former U.S congresswoman, Marjorie-Mezvinsky. Their wedding was very expensive, to say the least as it cost them around 5 million dollars.

Manchester United legend Wayne Rooney married Coleen McLoughlin in 2008. The blissful couple knew themselves from their high school days and their love for each other is unsurmountable. 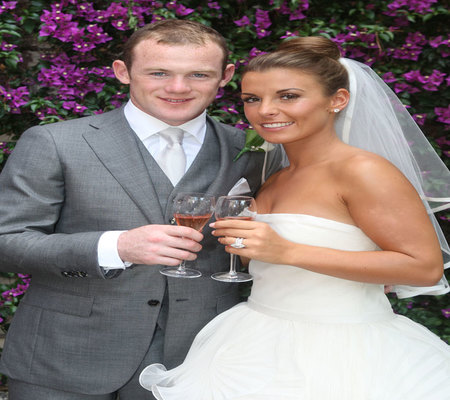 Their wedding was a content wedding as they did not invite a lot of guests. Some of the media were also invited and they were offered 2.5 million dollars by the reporters if they will give them permission to click their wedding photos.

Going by Wayne Rooney's standard it was just a simple marriage, but for all of us, it was a pretty intense marriage.

There were 64 guests in the ceremony and they were all flown through private jets to the place where the ceremony was held.

The wedding dress was the highlight point of the marriage as the dress was estimated to cost around 4 million dollars.

Well, you may have guessed that Kim Kardashian must be somewhere in this list and you guessed it right.

When she married Kris Humphries we did not imagine the marriage to be in this large scale as it was one of the most watched programs when it was telecasted live on TV. 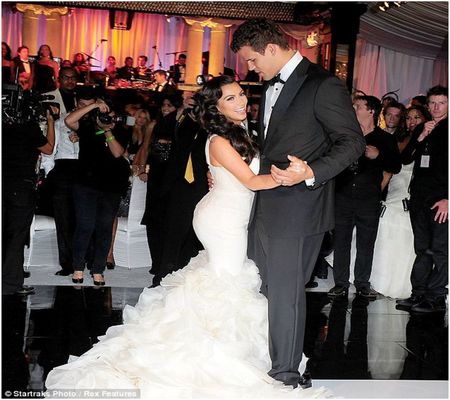 It was one of the most-viewed televised programs of the world. Their wedding cost them around 10 million dollars. The wedding was this expensive and so was the wedding cake.

But all the cost was covered by the channel E! as they made an agreement with the couple that they will solely televise the show on their channel.

It was not a bad deal for both the party as there were around 10 million viewers tuning in the show.

Also see: "Divorce is probably as painful as death", here are the top 10 most controversial divorces of Hollywood couples

When Prince William and Kate Middleton got married it was one of the most viewed televised programs in the world. 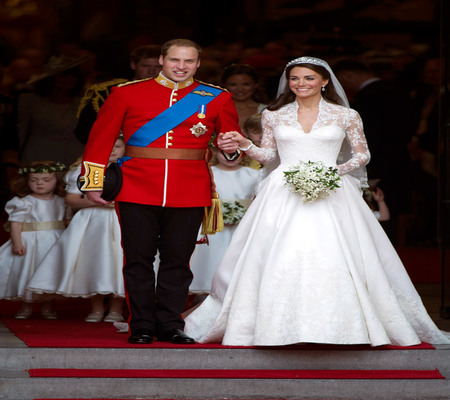 It garnered around 2 billion people watching from all around the globe. The couple tied the knot in 2011 and it took place in the historic Westminster Abby.

Now how can a son beat his own father in terms of sheer money spent on the wedding? When Prince Charles married Lady Diana in 1981.

It was named the "wedding of the century" and was watched worldwide by 750 million people. 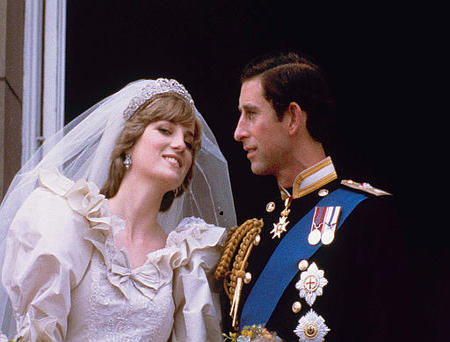 The marriage was held at St Paul's Cathedral in London and the wedding had 3500 guests in the attendance.

The number of attendance is only the people who were inside the church, but there were thousands of people in the streets who were trying to get a glimpse of the beautiful Lady Diana.

The married cost was estimated at a staggering 48 million dollars which were a ridiculous amount at that time but for the royal families, it was just a small amount.

The reception had 120 guests in the attendance and it was held in the famous Buckingham Palace. Though their marriage was subjected to many controversies as after their expensive wedding the couple had various fights in their relationship following divorce in 1996.